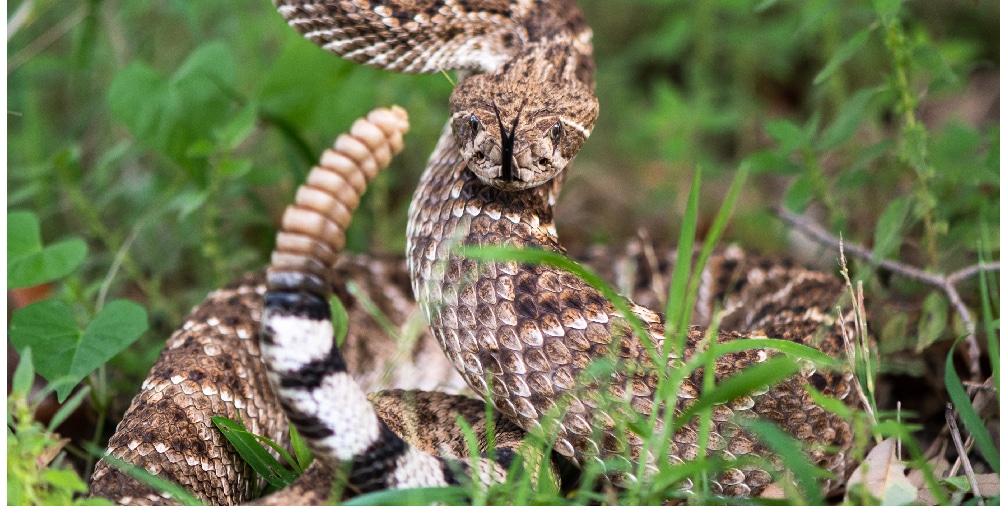 Common Rattlesnake Species in Arizona: How to Identify Snake Types

It’s no secret that Arizona residents are aware of the issue that pests present to their homes or apartments. From termites to bed bugs, creepy intruders can wreak havoc for a home. But one pest that isn’t discussed enough are snakes. Specifically, rattlesnakes, which are a venomous species of snakes, can be the most problematic.

If you’re in the Grand Canyon State, chances are you might have encountered a snake. Especially in the southern half of Arizona, starting around the Phoenix and Scottsdale area, snakes become more frequent. Actually, Arizona has the second most snake diversity of any state with 55 different species (behind Texas). Rattlesnakes alone account for 12 of the 55 different snake species in Arizona. So, chances are that a snake you see could be a rattlesnake. That’s why it can be best to know the common snake types that may stumble upon your property.

The most common snake in the Phoenix area is the Western Diamondback Rattlesnake. Nevertheless, the Western Diamondback Rattlesnakes have a white and black striped tail end and are brown on the rest of their body. They’ll grow to be between 3 and a half to 4 feet. These snakes are extremely venomous and known to be defensive. You won’t want to get close or aggravate them.

Interestingly, the Speckled Rattlesnakes vary in color depending on the region, from white and gray to brown or orange and red. These snakes primarily live in rocky areas, such as Camelback Mountain or South Mountain. They’re much smaller than the Western Diamondback Rattlesnake since they average 2 feet in length. Their bite is highly toxic so keep your caution if you encounter one.

Tiger Rattlesnakes have an unusually small head and large rattle. You’ll also recognize them with the gray banding with hints of pink, orange, or brown. They’re also smaller rattlesnakes, ranging between 2 and 2 and a half feet. Tiger Rattlesnakes live in the Phoenix mountain areas and desert parks. As you can expect, they are extremely venomous, so stay away from this snake species.

The Mojave Rattlesnake is one of the most common snakes encountered in Arizona. They occupy flat, sandy areas rather than rocky regions. But they cover a wide range of the state, essentially missing only the northeastern region. You can decipher a Mojave Rattlesnake from a Western Diamondback by the tail striping. Mojave Rattlesnakes are also typically larger and have more white than black covering their body. They’re quick to be defensive and also extremely venomous.

Finally, our final most common rattlesnake is the Arizona Black Rattlesnake. Easily identifiable, the Arizona Black Rattlesnake has a thick body and a completely black body. However, the snake is tan or gray when it’s young and changes to a deep brown throughout maturation to a full black color. Leave this species alone if encountered, because they possess a highly toxic bite.

Rattlesnakes in Arizona are no joke. They possess highly toxic bites and often display aggressive attitudes if encountered. You are not recommended to handle them on your own.

In fact, you can protect yourself and your family with rattlesnake pest control. Contact Urban Desert Pest Control for a free quote and inspection regarding snakes. And if you notice any other pest infestations, we’re happy to help you with that as well.

Urban Desert Pest Control is a family owned and operated pest control company helping the Greater Phoenix area. We’re proud to be founded out of providing affordable service and personal care to our clients. Browse our blog for more pest control insights and advice or contact us to learn more about our story and process.