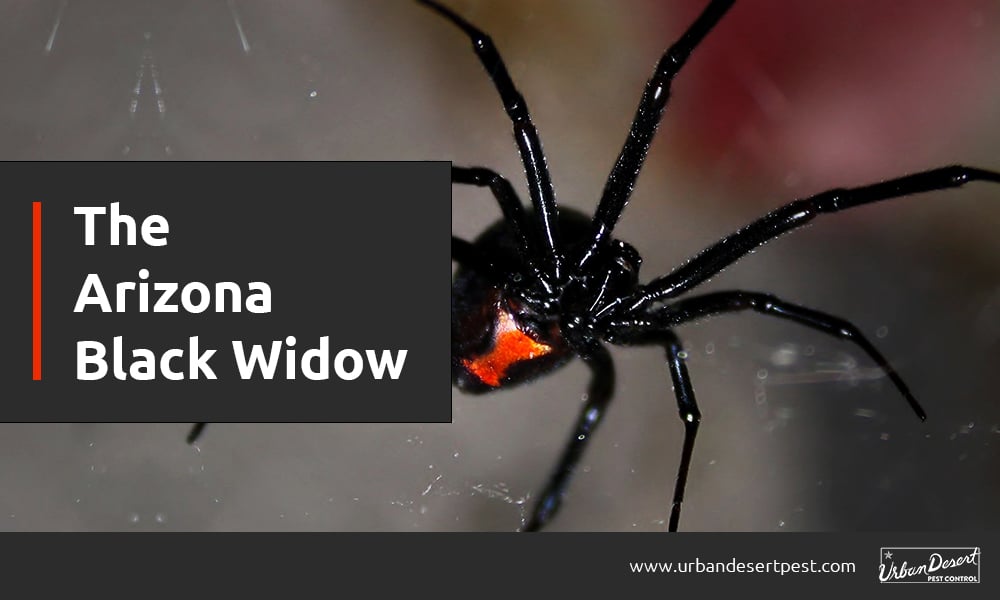 The Black Widow spider—also known as Latrodectus Hesperus—is one of two venomous spiders found in Arizona and other western regions of North America. The Brown Recluse would be the other.

Black Widows are very common in Arizona, Unfortunately. Black Widows can be found in Phoenix’s urban and desert areas, but populations are denser in metropolitan spaces because prey is more plentiful.

The Black Widow is stealthy, quick, and extremely poisonous. She doesn’t typically attack unless provoked, but her potent neurotoxin can cause nausea, muscle cramps, hypertension, sweating, and breathing issues when she does.

She also lays as many as 500 eggs at a time (encased in a tan-colored egg sac). It’s a real problem when these eggs hatch, as they become prey for another Phoenix, AZ pest, the Bark Scorpion. It’s a lose, loses situation.

Black widow problems? We’re sorry to hear that. We can help. Schedule an appointment today.

BW’s like the warm Arizona weather and tend to start showing up as early as February. They’ll hang around until around October, sometimes as late as November. These little freakshows like to build their webs close to the ground—in and around man-made structures and heaps; patio furniture, barbecues, sheds, garages, woodpiles, and around the base of most Phoenix-based homes.

“The Black Widow spider isn’t just chilling to look at, she’s a threat to our quality of life, as well as our family’s health.”

The Black Widow spider isn’t just chilling to look at, she’s a threat to our quality of life, as well as our family’s health. Unfortunately, she’s also a food source for the infamous Arizona Bark Scorpion—another difficult pest to get rid of.

We specialize in black widows and many other Phoenix pests; including scorpions, cockroaches, ants, rodents, termites, bed bugs, ticks, and crickets.